Well the biggest thing to happen around here lately was the Extreme Makeover: The Home Edition coming to Corvallis, a town 20 miles south where I went to school. The reveal was today, and luckily I heard about the whole thing by reading Sarah’s blog. I emailed her as soon as I read they were here with a "what what? details!" to which she thankfully replied in great detail. We found out you could go to a nearby church and park and then take a shuttle in to the site. I was thinking it was going to be crazy with people, but we went last night (after the furniture had already been moved in) and there were probably what like 150 people watching Sciarrino? Including the world’s biggest Extreme Makeover fan, who was standing right next to us. The house is beautiful: 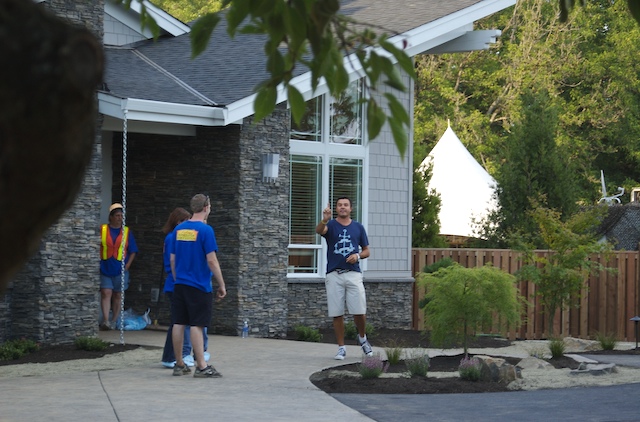 He was all, "I’ll be back out in a five minuets." And he did come back out and was very kind taking pictures and signing things. My first famous person siting ever! 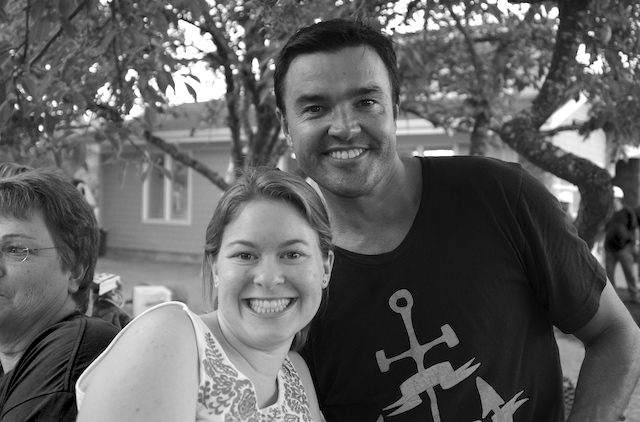 Hey we were both really sweaty so I did us a favor and put us in black and white! It was fun to hang out there with Sciarrino and check it all out. I think we’ll drive by again in a few weeks and see what they do to the neighbor’s yard, because it was full of tents and production vehicles, front and back.  We decided not to go to the reveal today because it would have been an all day thing with how early you had to get there. So if any of you went to it, details!

3 Replies to “To the Extreme”