Ah food, friends, and family. It’s been helping my "issue" still haven’t been able to have diet coke or candy with much success (I have been trying). Who ever said the cut out the sugar thing, that seams to be helping, though I think it is effecting me psychologically. I brushed my teeth about six times today, so you know, soon the bloody gums will override the bad taste. Ew, just kidding I don’t press hard and I make perfect little circles with my extra soft oral b. Anyway…

Tuesday night I went out with my dad, Em, Kim, and Brent to a place downtown, DiVinci’s. It’s Italian, and since I don’t eat much of that (okay for those of you who don’t know me insert gasp here) I had these potato pancake things, a ton of the flat bread and the olives and crackers from an antipasta plate. My dad is going to be gone for a few weeks (golfing in the desert, rough, I know) so we wanted to get together before he left. I never know how we get on the subjects we get on, but we were talking about hospitals, then my dad came up with this story:

My dad had a baby sitter who had a race horse (they lived out in the country) and she brought it over one time. My grandfather said he wanted to ride it. The girl told him that it was really fast and quite temperamental, "please" said my grandfather and got on the horse. He immediately lost control and was going super fast, couldn’t see where he was going. A tree branch got him right in the chest. My dad and the baby sitter ran over. My 10 year old dad started crying when he say his dad not being able to breath right and ran down the road to a neighbor who was a doctor, "because of course that was before 911." {at which point in the story us kids are like, wait, BEFORE 911? "hell ya, that cost billions of dollars to set up, took forever" my dad responded} This was also before children were allowed in hospitals to visit {what were they thinking here, how freaked out would a kid be if they ever had to go in one, like, due to an injury?}. The whole point of this story is this part: My dad vividly remembers his mom walking him to the Salem Hospital grounds so that my grandfather could hobble over to his third story window and wave. My dad bursting into tears and crying like crazy.

My grandfather had broken a few ribs and went home in less than a week. He never went back to the hospital until he had a stroke at the very end of his life. And it was the same hospital. He was more into "home remedies" like this red sauce he insisted on putting on any wound. It stung like crazy and stained big time, so you were wounded, then in more pain, and dyed red, but hey, it worked. 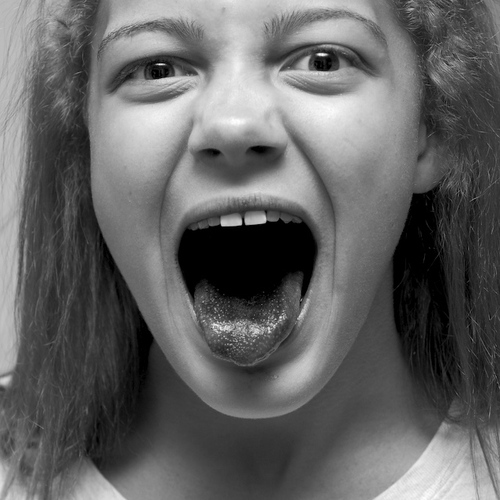 Today was a crazy busy Ribbon Jar day. I found out it’s the July issue of Country Home my ric-rac will be featured in. Tonight I went to a crew friend’s (Karen’s) new house in a small town near here (Aumsville) and met up with Tracy and Karen, of course Sciarrino came with. Fun times. Don’t forget about the my peeps album over there (need to find html code for arrow pointing right) if you want to see who people are. I just added my step mom, I seriously had no pictures of her, though I thought I did. Also big things happening in the laundry room.

I love reading the free association comments:
"Moolah! (as in cash money baby!)
awesome Jodi, I was cracking up.

I also like the female deer ones, isn’t English weird, doe, dough, why can’t I spell, ya….