Grandpa turned 88 yesterday. So he put on his flat fronted khaki’s and came down to the special dining room to party! 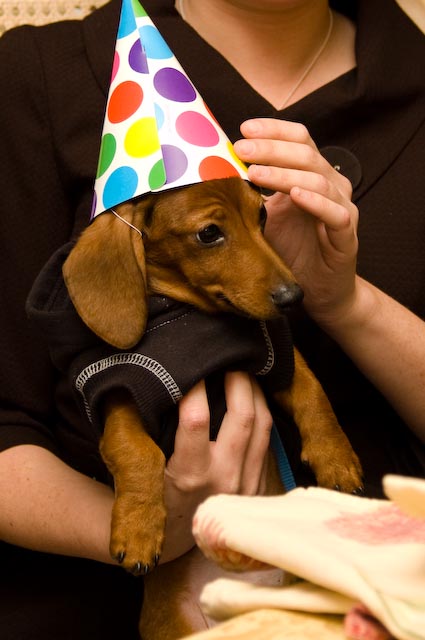 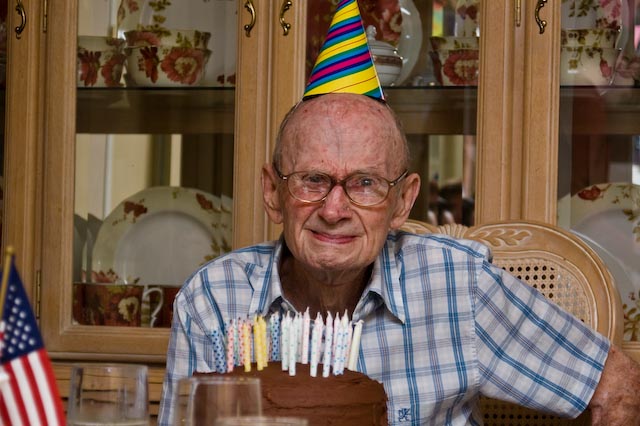 This is grandpa’s "I’m trying to look mean but not succeeding face." I think it’s so funny. He is in a lot of pain ("I want a goddamn new butt!") but managed to hang out with us for almost an hour and a half. That’s a lot of sitting (he spends most of the day laying). Kathy said, "you’ll feel better on your next birthday!" To which he replied, "ya when they throw dirt in my face." Geez grandpa, it cracked up the whole table though. And I know he’s’ just doing it for laughs as he wants to be cremated anyway, so there won’t be any dirt, LOL. We (well Bj and Kathy) cooked him dinner. Fish, crispy mashed potatoes (like fried mash potatoes), and green beans. His number one complaint (except his butt, of course) is the food, so we thought this would be a good present. 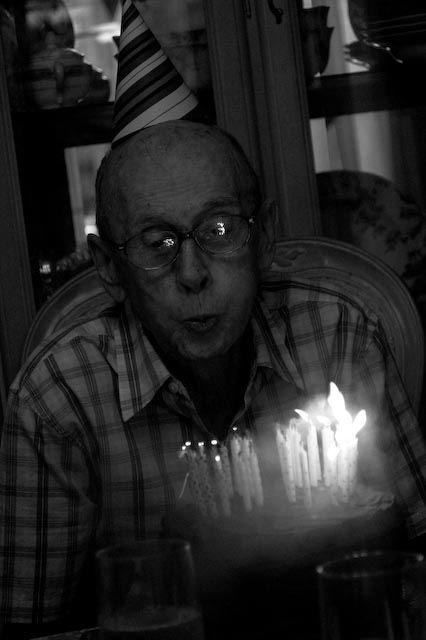 Grandpa blew out all his candles in one breath. Not eighty eight of them, but a bunch in the shape of an eighty eight. The cake was insane by the way. 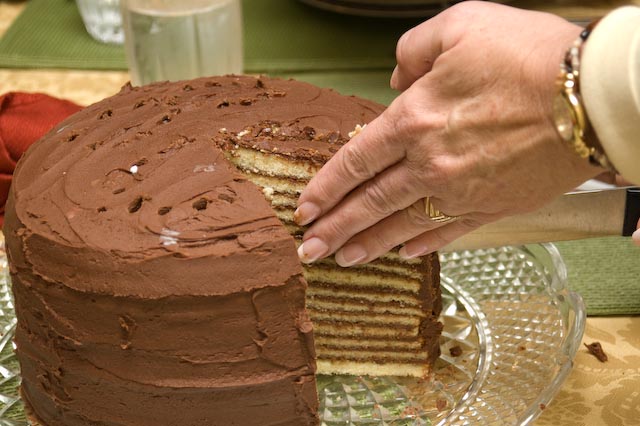 That’s, count them, 15 layers! She whips these up in like an hour and a half, but I guess that makes sense, as a cake that thin can’t take long to cook. Now I don’t eat brownies, chocolate cake, chocolate ice cream, or chocolate frosting (barf-o-rama) so Kathy made me my own little dessert. 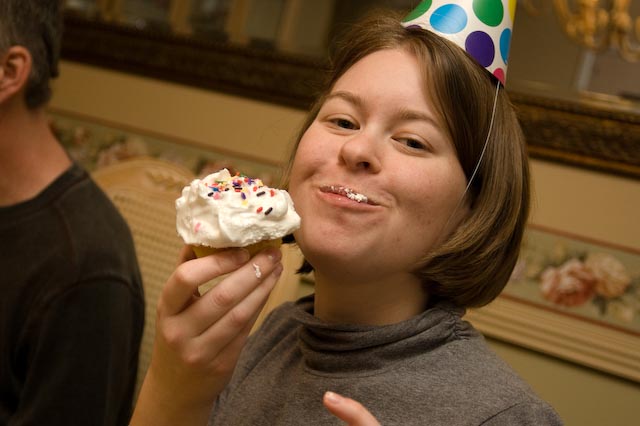 Damn, the thing was over half frosting (and a divinity frosting at that), with sparkles!! Mmmmm. She made me two. I ate the second for breakfast this morning, oops! Grandpa opened his presents after dessert and I looked over to see him doing this. 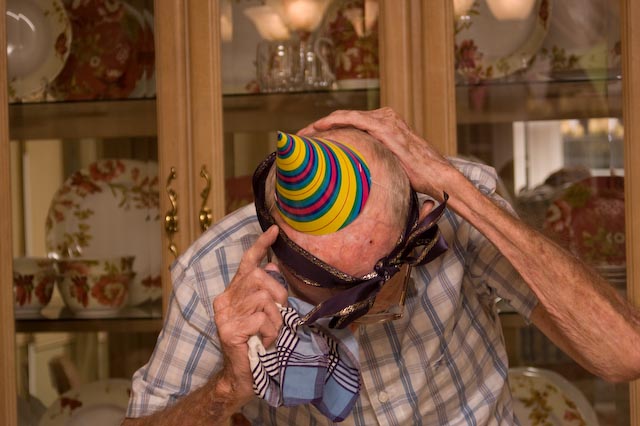 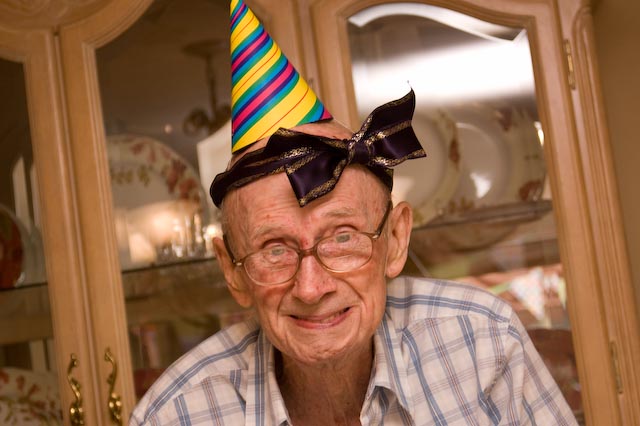 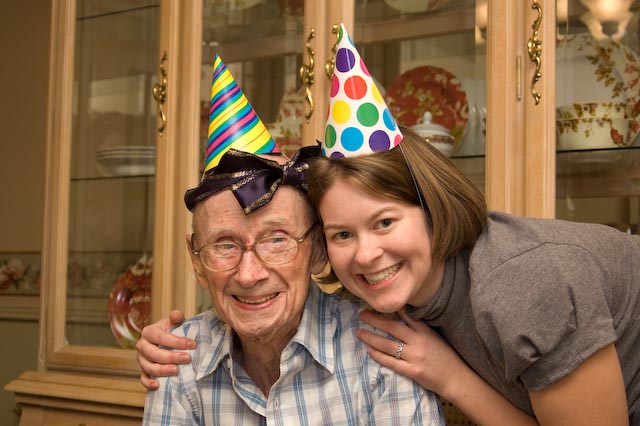