Before I ode (don’t know if that is a feasible sentence, but whatev): I want to give a shout out to all my IRW home-girls. Some of them were in the next town over for a retreat and I brought my ribbon over so they could all go nuts, hey girls! {for those of you who don’t know I used to work there before starting off on my own} Also Sciarrino found Bj and I Clark bars!!! We have been looking for them since we saw an Unwrapped episode on the food channel about them (like months ago). Okay, so they are an itty bitty size, but we got the idea. And they were pretty good.

On to Madonna (seriously, have not been up to that much cool stuff at all.) 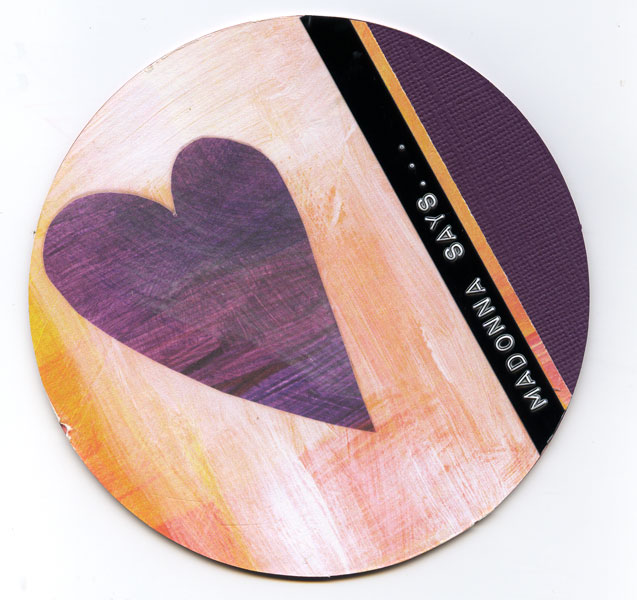 This is the front of a little book I am making for one of my best girlfriends, Ceara. I am in her wedding at the end of the month and I wanted to make her a special something. Ceara and I have a lot of shared interests, but the biggest one is probably Madonna. We were on dance team together in high school and loved dancing around and singing to Madonna. When I was at camp those three summers Ceara kept me informed of any new records or concerts coming up with clippings from papers. Then in the summer of 2001 it happened. Madonna went on tour. We had a few mishaps on our quest to see her, like purchasing fake tickets and me being so excited for the trip that I left my luggage in the driveway and didn’t notice it until an In and Out Burger ten hours away. But nothing could have stopped us. And when we got to the concert and she came on stage we both started crying. Here is us right before: 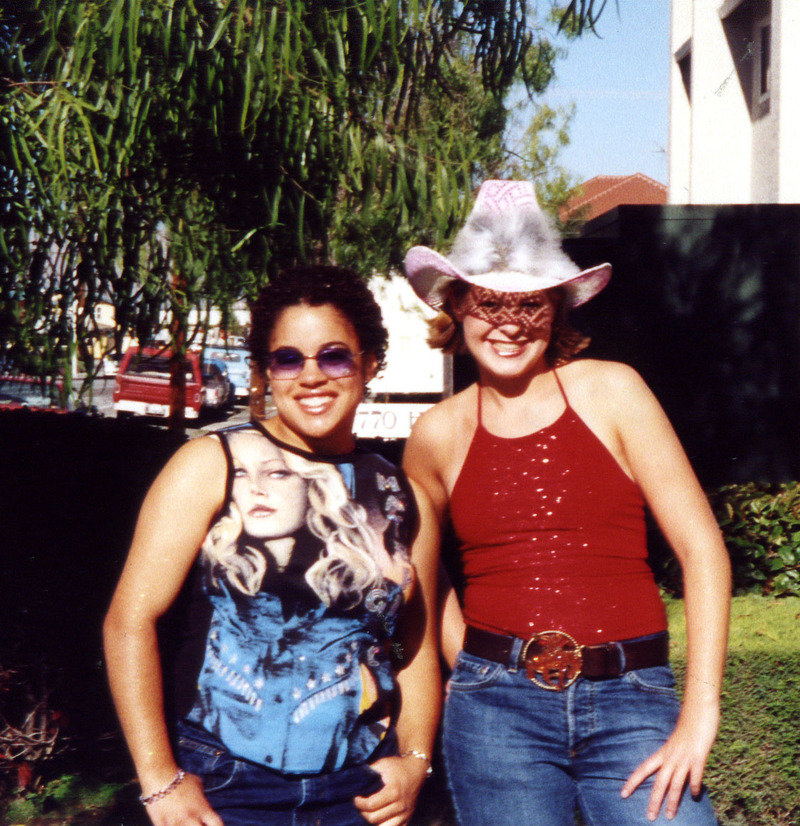 The concert was so wonderful and it just cemented in my mind my love for her music. I think she is one super amazing woman and I love, love, love her music. I think she has a song for every mood I could ever be in. So I thought for Ceara I would make a little book with some quotes from Madonna songs. The new Donna Downey book turned out to be just what I needed in the inspiration department so I went with one of the CD books. While listening to all these wonderful Madonna songs I came up with a list. My top ten Madonna songs list (in no order):
-Rain
-Dear Jessie
-Like a Prayer
-Deeper and Deeper
-Vogue
-Nobody Knows Me
-I’ll Remember
-Like a Virgin
-La Isla Bonita
-Love Profusion
(But Madonna if you’re reading, I really do love all your music, and it was hard to pick just ten).

So even if Madonna isn’t your favorite, pick your favorite signer and immerse yourself in their music for a night. It’s so much fun!