This is one of the best. But first, ode to Halfway. 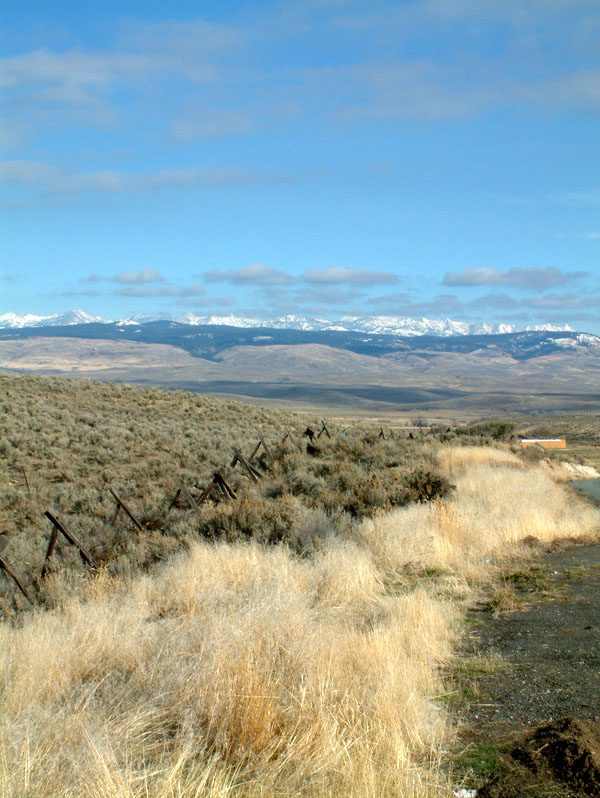 It’s back there some where, we were about half an hour outside of Halfway here, just checking that the car top carrier was on right. If you went over those hills you would see the valley covered in snow, beautiful twinkling snow. It started snowing right when we got to Halfway on Monday evening. It snowed all night and we woke up to snow everywhere, so pretty. Tuesday Sciarrino packed her stuff into the rig and we went into town (the really tiny cute town) later in the evening. We went out to dinner with her sister, mom, and best friend Morgan. We ate at this teeny little bowling ally/diner/workout gym that had just reopened. I had super yummy chili cheese fries… with a chili cheese dog (no self control when it comes to chili from an in-the-middle-of-nowhere diner. It was so good. mmmm. We drove over to see Morgan’s new house, a 100 year old farm house with the most awesome moldings I’ve ever seen. And also to see her little five month old Cooper. Cooper has the best facial expressions. When I first picked him up he looked at me all surprise, like, "who the heck are you." I LOVE babies!!!  Sigh. Driving to Sciarrino’s that night the stars were so incredible when we broke out of the fog. The sky was absolutely covered in stars, and the moon was shining down making the snow twinkle.

So the drive home was great too. And I couldn’t wait to get home because I knew I had a package waiting for me. I ordered these off eBay (I love eBay).

Dudes, I paid under 25 bucks for a set of 163 of these stamps. And I am totally in love with them. They have all kinds of nouns, some verbs, adjectives (including all the colors), and even three presidents… I wasn’t thinking this is so cool until I realized one of the presidents is Wilson and that is Ceara’s last name!  You can bet I’m stamping that on everything I send her. Hehehehe. I had a little stamped out sample to show you all, but my brother nicked my fire wire cable so I can’t hook up my scanner. You can bet they will be on many layouts in the future. I’m going to try and update later today again because I feel like I’ve got lots to say. But another thing that made my day fantastic?  A Ribbon Jar order that was almost two pounds. That is a TON of ribbon people, a Ton. Oh and my velvet is going to be here by Monday, ohhhhh I can’t wait.