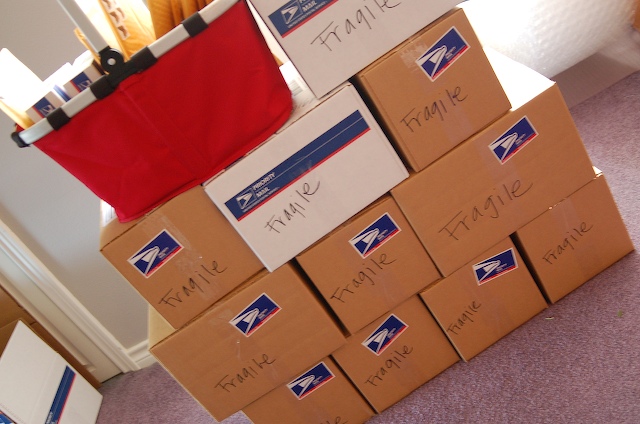 Wow, so yesterday was awesome. It was the best Ribbon Jar day ever! It was totally crazy and I realized how much my mom helps me out. I was running around like a mad woman. But it was all good. So today I worked, and managed to get done around mid afternoon so I could get a little creative time in. I finished my project while the sun was going down (and it was cloudy) so no picture yet. Let me just say though, you need to go get one of the Hallmark card organizers. I pimped mine out and it frigin rocks. They are the organizers you get for like five bucks when you buy three cards. I saw them on a commercial a while ago and hadn’t been anywhere near a Hallmark store until last weekend and they still had them. So pictures tomorrow. Oh and any one who reads my blog can use that alpblog coupon. I don’t have to like know you intimately or anything. I’ll just assume you think I’m really funny and terrific, hehehe.

The most random thing today? I was walking around the pool tonight… in the dark. And I stepped on something. Something gross, something that made me scream. I hopped into the hot tub and then felt my foot. It was slimy, so so slimy and I couldn’t get it off. So after I dried off I turned on the flood light. There were slugs everywhere. And I had stepped on one… and chopped it in half. EW!!!!

One Reply to “busyness and randomness”