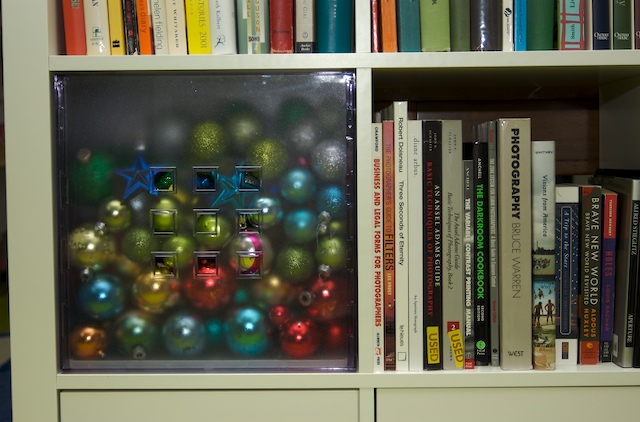 Each one was something for her to look out for on our adventure today. Before we could do that though we had to go back to the hotel and eat the desert I had planned. 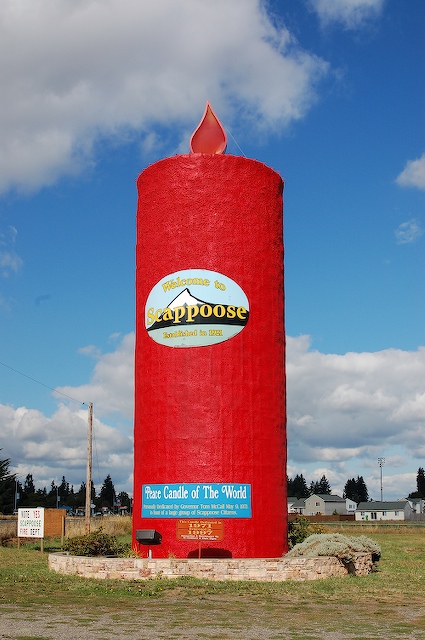 Did you know the peace candle of the world was in Scappoose, because I didn’t. We had the best omelets ever at this little diner in one of the towns. Sciarrino a little help here? Dude they had Johnny’s on the table. I’m a certified Johnny’s addict and love to put this magical stuff on everything, so I was over the moon about it. Even filled out a comment card. We continued on with full stomachs stopping at little antique stores, even a vintage clothes store in Astoria. Down the coast a little bit to Seaside, where we were hoping to hit up one of our favorite places, but we couldn’t find it in time. Instead we went to another antique place and I finally found some cool Star Trek memorabilia worthy of the lovely Kay. The antique mall that was supposed to be open until 8pm had moved and was already closed when we go there so we took a stroll out towards the beach on this little road full of shops. On the way back was ate a "dinner" of nachos and potato skins at a cool bar. Now I don’t do the bar scene because I’m a homebody. I admit it, I like to stay home, fire up my TiVo and get crafty. Plus I’m always scared in Salem of running into old high school classmates that I don’t remember because I have this bad face/name recall problem, but they know me and blah blah blah. I digress. So anyway I was shocked when Sciarrino and I were hit on while we were eating. This cute guy came over and said him and his fire fighter friends were there for a conference and did we want to come over and hang out at their table tonight. We said we were leaving after dinner. Then after eating  we decided to go say hi, because they said they had some guys over there from Salem (where we live). Well those guys had left, but we ended up chatting for a bit with the three from Bend and La Pine. One guy was cute, one was crazy and married, and one was totally hot (but of course, not as cute as Bj, and he smoked so automatic rejection from Sciarrino too).  We heard some interesting stories, and learned some things about the fire departments. I decided we were very good at the bar scene because we are excellent question askers and I think that is important. Now I don’t plan on having to resort to the bar scene any time soon, but it was fun to get hit on once. After that we headed home, stopped at my hottie’s house to pee, get water, and drop off homemade fudge. All in all a pretty fun adventure. Pictures of my finds to come tomorrow. Goodnight!