Okay I have some of my pictures, but still not from the wedding, so let’s take a look back to the Thursday before at my bachlorette party. My bridesmaids had arranged it all, and Sciarrino sent out awesome invitations that I didn’t get to see until after the event. So I had no idea what we were going to do. The next day I did get to see the invitations and they were so clever. Sciarrino had carefully split open a condom wrapper, taken out the condom and replaced it with dollar coin sized papers, each with a different snippet of information. Very cool, I have to dig it out and take a picture. Anyway back to the party, well Thursday in general. I got to the hotel with my girls and Bj had left a big bunch of flowers at the front desk for me, they were so pretty. 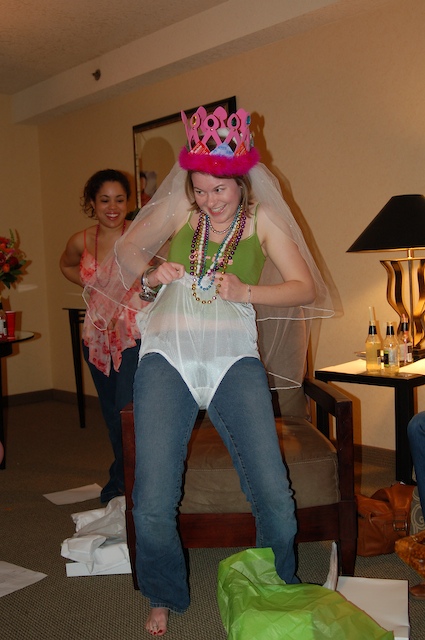 And my super fun and funny friends:

Me and Britt: Girl scouts rule! 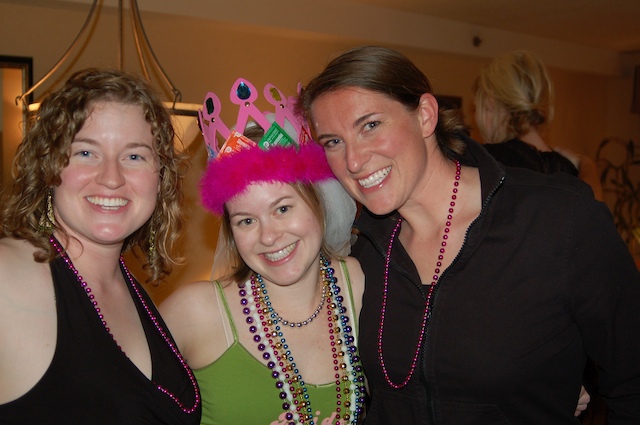 Julia all the way from the east coast, yeah!

Tex up from Texas (but that’s NOT why we call her that), Kristin down from Canada, and Kristen from right here! 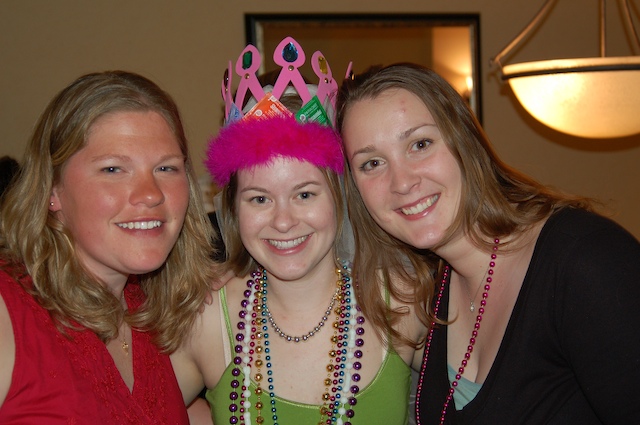 Kathy and Tracy my local gals. 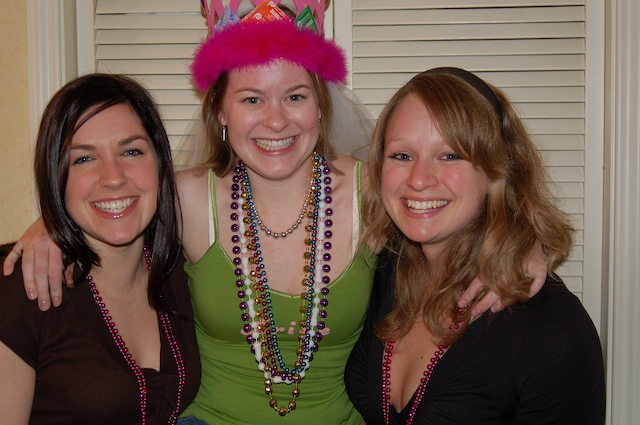 And the Katie’s. Yes Sciarrino has a first name!

Okay so that was probably really boring if you don’t know my friends, so let me paint this picture for you. I had told Ceara and Sciarrino that I did NOT want a stripper, and I did NOT want to get majorly smashed, since I’ve never been drunk before and I didn’t want to get all sick or whatever. Anyway so we’re opening presents and talking and listening to music up in the suite and there’s this knock on the door. I yelp, "Oh no!" and dash into the bedroom thinking it was hotel security or something. But Ceara drags me and and sits me on a chair facing away from the door, and I start to get this sinking feeling in my stomach. To my right Shannon and Britt (two friends from high school) start to pull the table towards them and get shocked expressions on their face when the mystery guest comes in the door. I still can’t see because I’m turned away (and too afraid to look). Then a guy comes around and I can see him take off his shirt…. All of the sudden I realize it’s Taro. I almost wet myself laughing. See Shannon and Britt had never met him and really thought he was a stripper. After that scare we headed down to the lobby and the girls surprised me with a big limo that we all hopped into. We headed to a bar called bettie ford. I had my first shot ever (which took me more than one sip to get down so it was a bit painful), and danced the night away. All and all a great night with some of my favorite people.