Sciarrino-nator and I went to the X-Files movie. Sigh I love Mulder and Scully. No spoilers, no worries, but I loved it. I love going to opening night things with other people really excited because when something happens everyone gets it and the reaction is great. 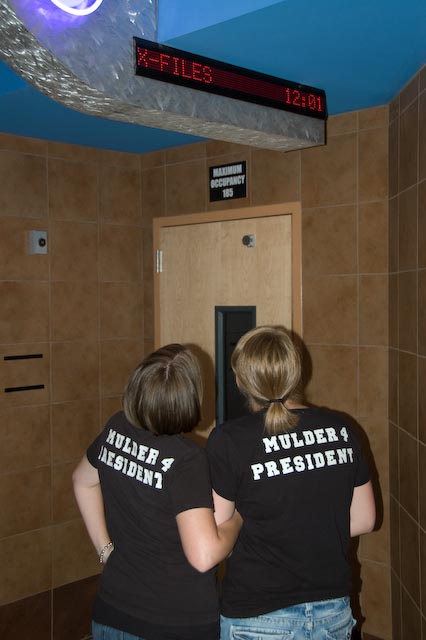 We made these shirts for ever ago. When I realized that Sciarrino had never watched an episode of the X-Files when we were living together we decided to watch the whole series (9 seasons). It took a couple years, but it was awesome. I was glad I still fit into the shirt! Oh and Bj came with: 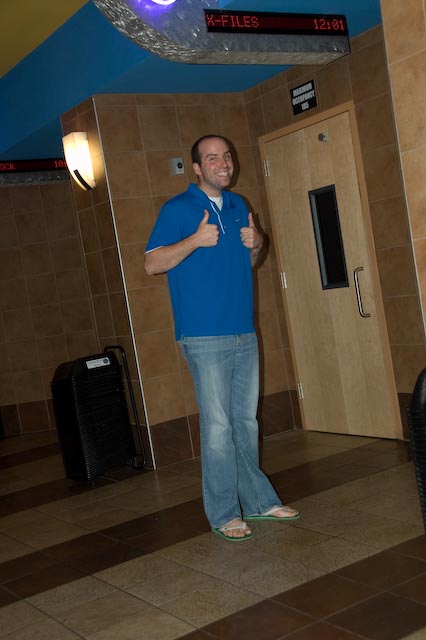 He’s so cute. He thought the movie was a little long. To which Sciarrino and I pretty much in unison said, "we could have watched for hours more!"

Now on to the pregnancy part. I swear I can feel the hormones affecting my brain. There was this super creepy part of the movie and I could not shake the thoughts of it. I think I might be hyper reacting to things. Like today watching people rush through the yellow lights, and three cars through a red I just wanted to follow them and ask them why they were being so inconsiderate. Who wants to maybe get in a wreck just to get through a light? I don’t understand. So instead of my brain being filled with nice baby thoughts it gets filled with "why is the world annoying me so badly today" thoughts. And I don’t like those, I like to be more optimistic. Like pre-pregnancy I would say to myself what my mom would always say around speeding yucky drivers, "gosh they must be in a big hurry. I’m glad I don’t have to be anywhere in that big of a rush." And let it go. BUT I CAN"T LET IT GO. And it’s eating my brain. Well not completely I’m also knitting. 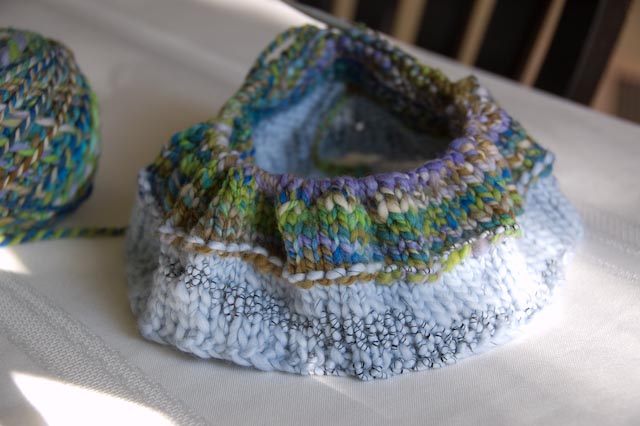 I’m unsure if I’ll continue this hat. Oh it looks rad, don’t get me wrong, but the problem is that I think it’s going to be too big (probably for my head, and I was targeting this to baby size or at the biggest toddler size…). See my head is small. I think we’ve been over this, but ya, tiny. So these patterns never seem to work with out a little tweaking. But what do I do? Do I tweak first? Oh no, I cast on and knit like three inches, because I’m a slow learner. 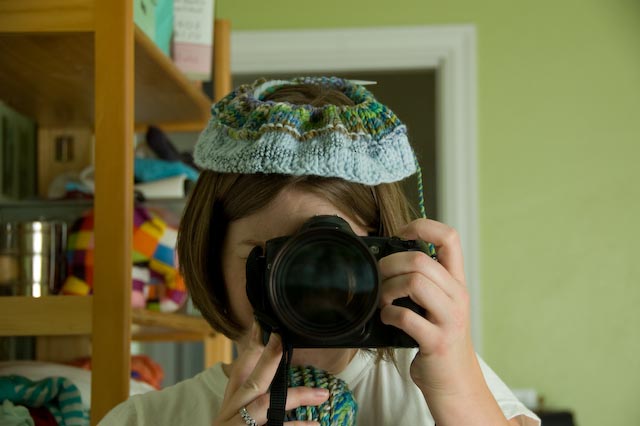 Looks small, deceiving because it’s smashed onto a 16" circular needle.

Oh and one more pregnancy thing. Apparently my uterus is more out of my pelvic cavity than before, so now it’s starting to spread out instead of just up. I know this because I had a total freak out, woke up in the middle of the night on my back (a pregnancy no no this late in the game), couple that with not feeling the baby yet, and I thought my stomach was deflating… So I had my reconnaissance man (Bj who was out washing a car) watch for my midwife to come home (she lives two houses down – score!). She came home and I called her, "Pamela, not that I’ve been stalking you or anything, but I noticed you just came home, can I come over?" So I went over so she could use her fancy equipment and check on the baby. And it was moving around beating it’s heart and everything. But she was nice about it (because we think maybe she’s one of the nicest people on the planet, top ten definitely). She felt around and told me about the uterus thing, and now I totally feel it. Like a water balloon or implant or something lodged down there. When I have to pee I swear I can feeling it whacking my bladder like, "go to the bathroom now or I will make you wet yourself!" And it’s not so much like oh my goodness I have to pee. It’s like, ouch! I have to pee. Weirdness. Plus like sitting with my knees tucked up to my chest is like impossible. Even though my chest has come out a bit (understatement I hate the big boobs, hate them). And now my hips are hurting. Sciarrino just got here to do yoga with me, as I have no discipline to make myself do it alone (I half ass it, what can I say, I’m lazy). I told grandpa today that he better watch out I was going to be a bigger whiner than him. Okay off to yoga.