Today was a busy day. Tuesday and I got up early (but luckily not as early as yesterday!). We decided to head downtown with my mom to hit up the street fair and get some yummy food. Then we went on a super awesome mission to get my new machine (that's right – Tutu came through for me, but more on that later). While I was playing around on the demo machine my mom walked Tuesday next door, and wouldn't you know she talked grandma into getting her a little plasticky toy. 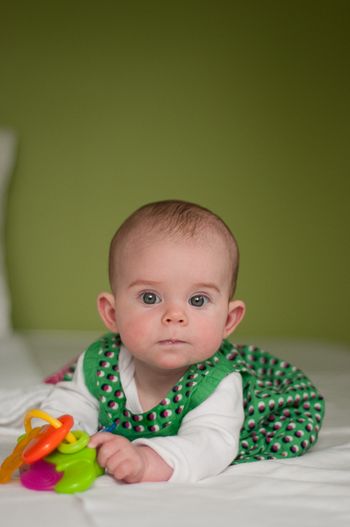 Don't worry mom I didn't take it away from her instantly, she wouldn't let me anyway: 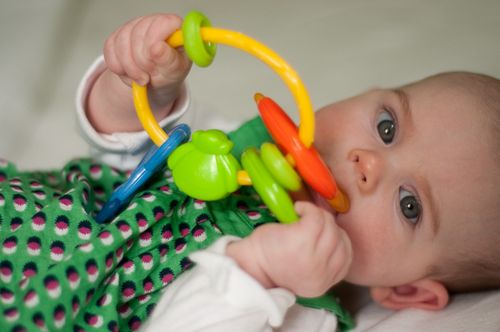 I guess this is just the start of grandparents spoiling little Tuesday. And grandma isn't the only one, nana made her an awesome little sun hat. 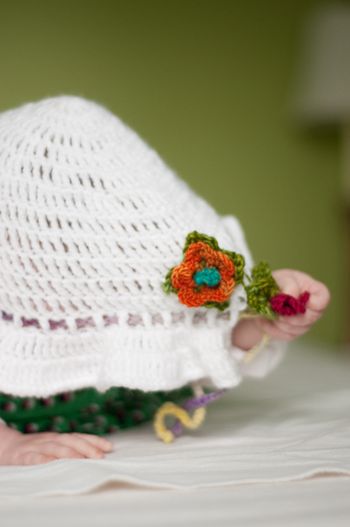 Only it turns out it wasn't so little (compared to Miss Tiny Head). And most of my shots are like this. 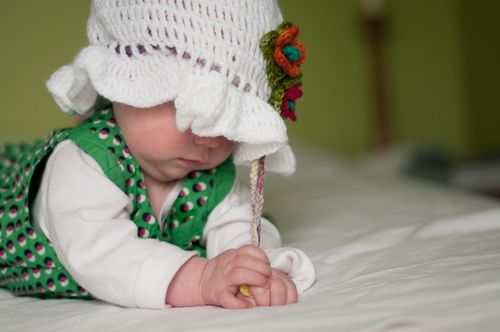 Heheh, I really do think she likes it though. I mean anytime she tried to put something in her mouth that usually means it's top notch 🙂
Later Tuesday and I went to our first softball game. I'm not such a huge fan of these types of things (especially when I forget cash and can't by a super red rope), but Sciarrino plays and I figure I shouldn't automatically pass on my fear of sports with balls to Tutu, so we went. 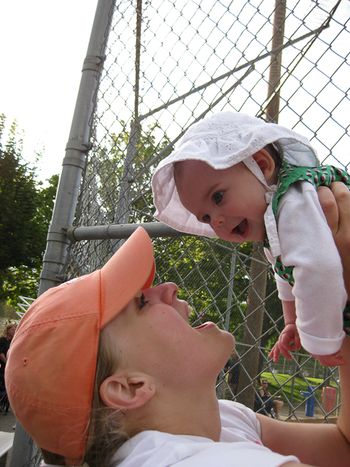 It was extra fun because our other friend also plays (hi Kathy!), and Sciarrino's mom and brother were in town briefly (that is THREE Sciarrinos!) 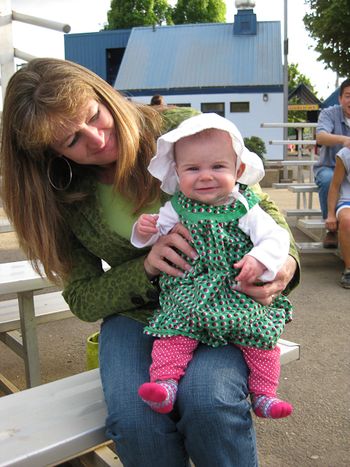 This happens all the time with Tutu, people look at her and not the camera. 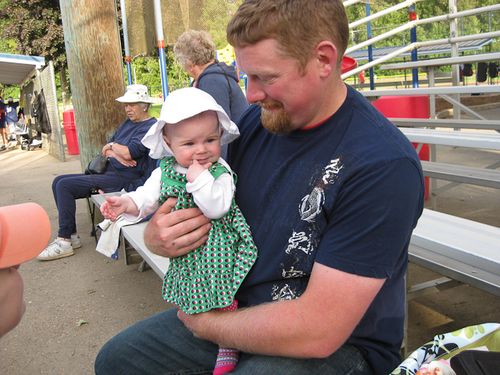 Right after this Tuesday decided that Joby's beard was one of the best things ever, it was pretty funny to watch her sit there and pet it.
All of that activity made us tired. Tutu is already in bed, and I'm to follow now. No time to look at the machine today, so hopefully I'll have a time to play around with it a bit tomorrow and give you an update. Or a more concrete one than "fifty million things just got added to my I want to sew list."
Comments (6)

6 Replies to “Feeling the love”