So it's been just about 13 months since Bj and I decided to go with the one car system. I have to say I love it. I know Bj doesn't always feel the same way (part of that could be his love affair with a certain Audi), but it is working for us. I have found that over time things I never thought I do by walking seem like no big deal, like going downtown. We are lucky enough to both work from home, and to live with in a couple of miles of the city center. When Bj does have to go into work I don't find myself stuck at home often, unless I want to be. Friday was the perfect example of an impromptu adventure with Tuesday and the stroller. After a fun morning of learning new tricks:

We packed up and headed out. I had to drop off my packages at the post office (a mile and a half away) and Donna was already out and about with William so we met up with her for a few blocks, saying goodbye at the park. After the park it was to the post office, then I figured we could pop into a used bookstore. 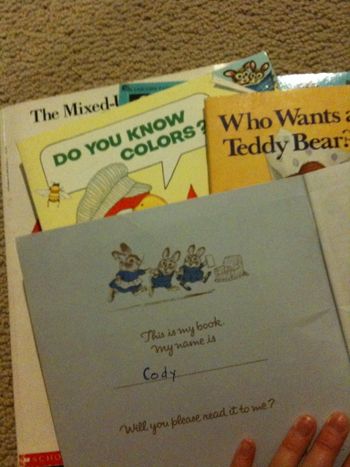 One of those books was my favorite when I was little, Who Want an Old Teddy Bear (oh my gosh I didn't know that was part of series!!!). I stopped at an eyeglass shop to try on some sunglasses, mine have been missing going on three weeks and I'm starting to give up hope. Sciarrino met us at Greenbaum's where I found the perfect fabric to back the new quilt. And maybe a few other things as well (hey I had a coupon from the fair). We ate dinner at a new little place I hadn't tried before and then popped over to TJ Max where Sciarrino found a dress for our next adventure. I found one too, and then had to feed Tuesday in the dressing room and remembered why I haven't been wearing any of my dresses – it's impossible to nurse in them! We walked Sciarrino to the bus station, and that was as far as Tutu got. 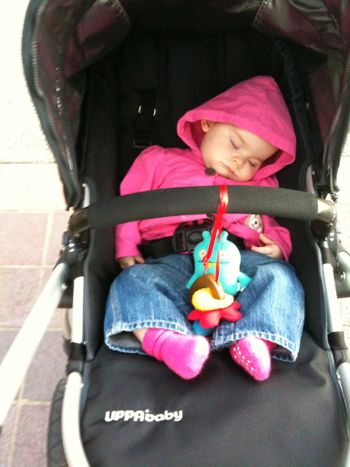 It was seven by this time and starting to get dusky. So wonderful, the city was turning quiet as I pushed her up over the hill and back through the park. This was my favorite part of the day, dare I say week. 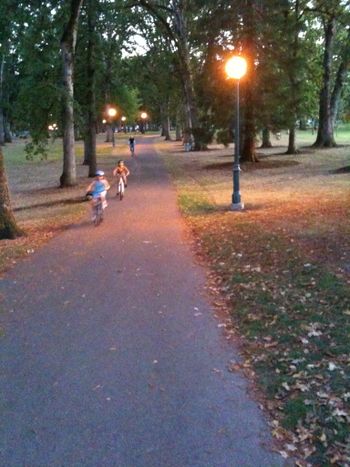 Kids were running around, crickets chirping, wind was blowing, and the light was just lovely. I pulled up to my house after popping in to say hello to my neighbor and realized I wouldn't have had that experience if we had a second car. I would have just driven downtown and skipped the extra stuff. Just going where I needed to go. It might not always be the easiest thing, but I think the benefits far out weigh any annoying aspects the single car life, at least for now.