First off thank you so much for the kind words. Someone in our extended family had a medical problem, and while I wish I could say it was all fixed up it turns out medical mysteries are not solved as quickly as House would have you believe. But we are home now, and I’m happy for that. I might still be a little sporadic this week though, as I’m volunteering at Camp to Belong to photograph sibling sets. Luckily the rain has let up… finally!

I have a few fun things to show you this week, including some of the custom shirts I’ve been making for Tuesday. 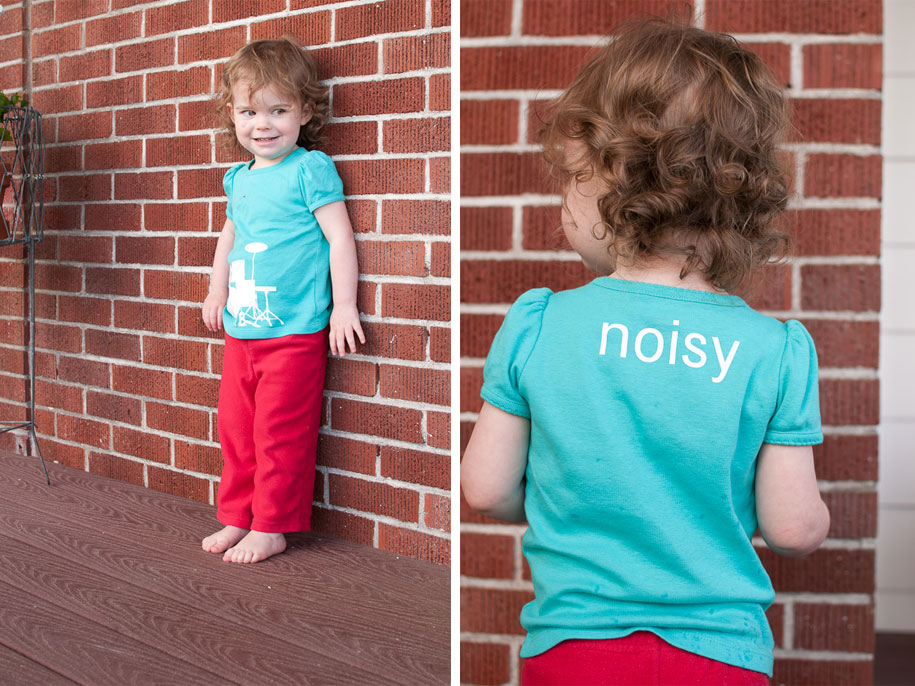 This one with the drum kit on the front and “noisy” on the back was carmen’s idea. I’m always amazed at the intricate designs that the Silhouette can cut out, and the drum kit is no exception (it’s from the Silhouette store). I used heat transfer vinyl from this online store. 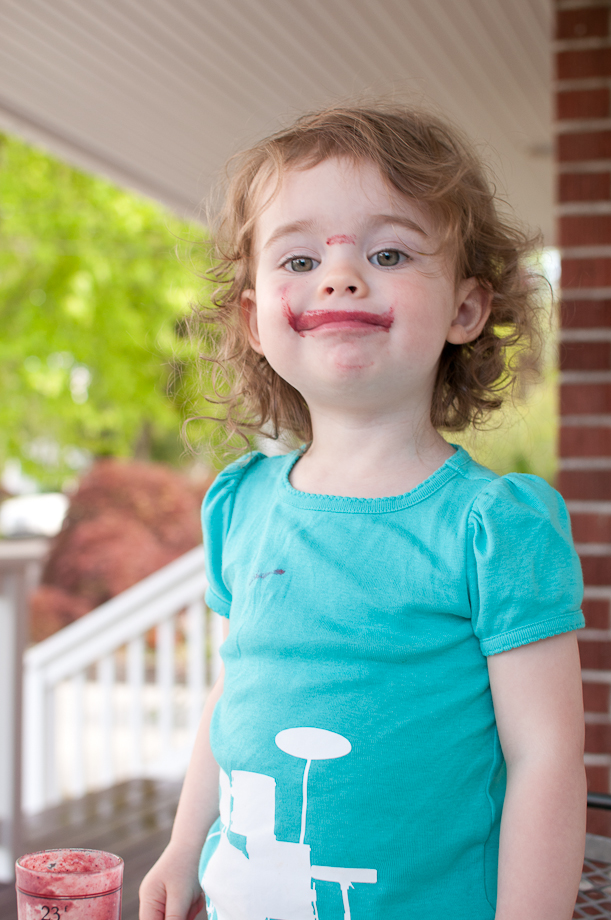 But at least that gave me an excuse to change her outfit. This next one is my favorite. Tuesday can’t read, but we told her what it says so she loves the shirt too. 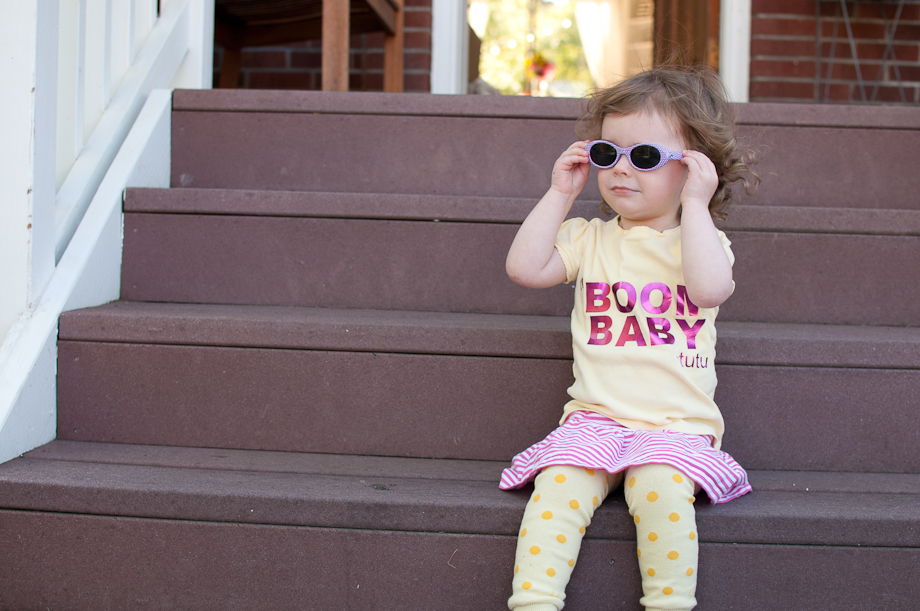 It’s says, “BOOM BABY -tutu” Like it’s a quote from a famous person, but it’s just a quote from her. I have no idea where it came from or what makes her say it, but dang is it funny. She just puts it into a conversation at the right moment too. Say we’re doing dishes and something drops, “boom baby” or if we’re talking about a bad outfit we saw on the street (must remember that she listens so well), “boom baby”. The best was at the grocery store, a woman commented on Tuesday’s dress herself style and she got a “boom baby”. Of course toddlers are best understood by their parents so she didn’t get it, but I laughed so hard when we go to the next aisle.

The first shirt was a Target brand one, and the second a Gap tee from a second hand store.

Now I just need more ideas for shirts, since nothing is safe! Here are some that Carmen did when she was visiting, and you might remember these cow shirts for her twin friends. So got anything clever for me to put on a 2.5 year old’s shirt?