Okay so I’ve decided to go through things individually, like dancing, music, ceremony, getting ready, etc. And since I can’t do things chronologically I thought I’d start here, at one of my favorite things. My long dreamed of wedding day photo booth. I thought of this years ago. And then held my breath waiting for everyone to do it before me. I saw it once on a show or wedding magazine or something, but it didn’t take off with anyone I knew, so I didn’t have to throw my “but I thought of it first!” hissy fit. Which I totally would have done because I am five after all (well plus 21). These posts are all going to be picture heavy, sorry I just can’t help myself. So, the photo booth. I found plenty of modern digital photo booths, but it took me a while to find the classic style I wanted. But I eventually I did and they brought it down from Seattle.

This is one photo I had to have. I had told Eric to get someone’s feet sticking out under the curtain (Angela are those yours?). I’m surprised he was even able because people were crowded around this all night. He got some other cool shots of people actually in the photo booth. He would just go up to it and randomly pull back the curtain!

Bj’s parent’s, hehehe. His mom made that dress after she couldn’t find a green one she liked, sweet huh? On the right of the booth Emee set up the table with the books:

The lights were something my mom and I got at Pottery Barn before Christmas. We had originally thought of putting them around the cake, but Emee came up with this and I loved it! So you do remember those books right?

Oh my goodness they are so much fun to go through, so much fun! I got some cool surprises, like my photographer, boobs, and my wedding coordinator Emee! 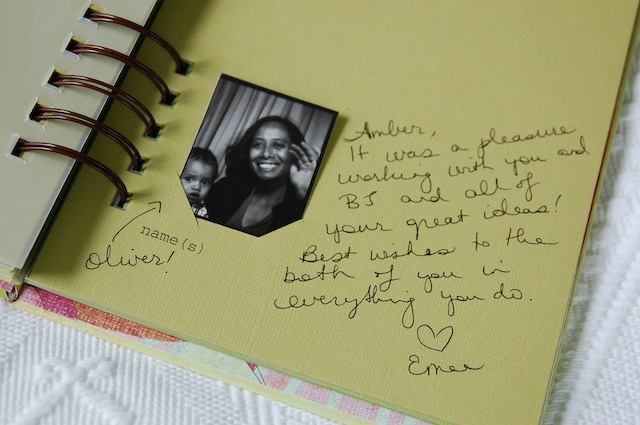 Ah I love Emee. I miss calling her like every day. Random friends getting in the booth together was awesome too see, I was really hoping for good mingling: 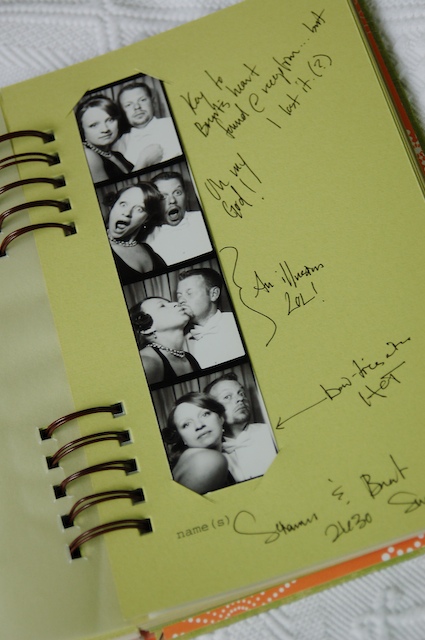 “An illusion” she says, right…. Oh Sciarrino is going to kill me I know. Here, Sciarrino here is a good one:

Don’t they both look so classic? Love my girls! 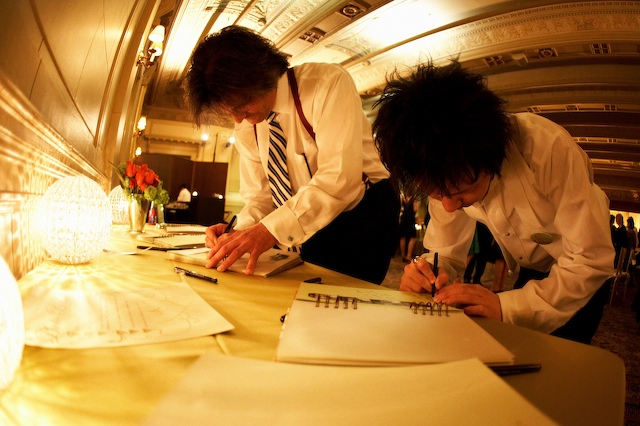 And sometimes what really made the photos rock was what was written: 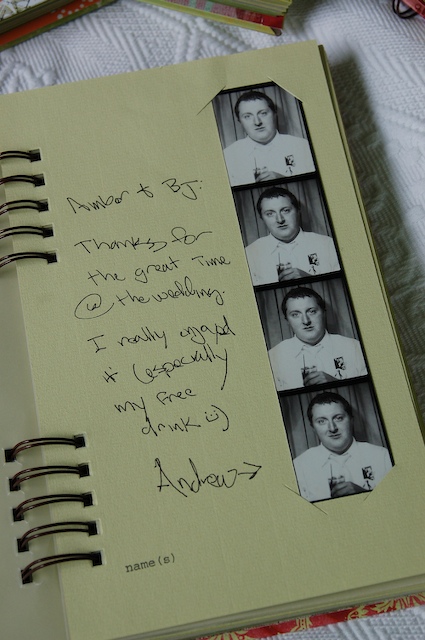 Carmen’s husband Andrew has a wicked sense of humor. Trying to be the straight man here, and the best is the last picture where he starts to loose it. Carmen’s parent’s also came, they were so funny. Here they tried to cram into the booth together: 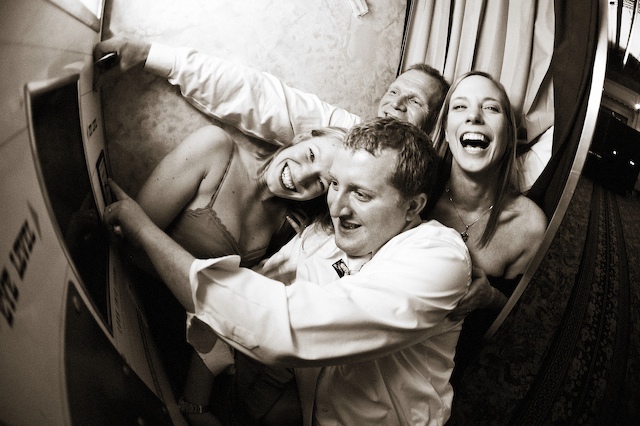 Hehehe. The best might have been Kristin and Kristen who brought fake mustaches, knowing I was going to have the booth. They were put to good use, and then left in the book for us. 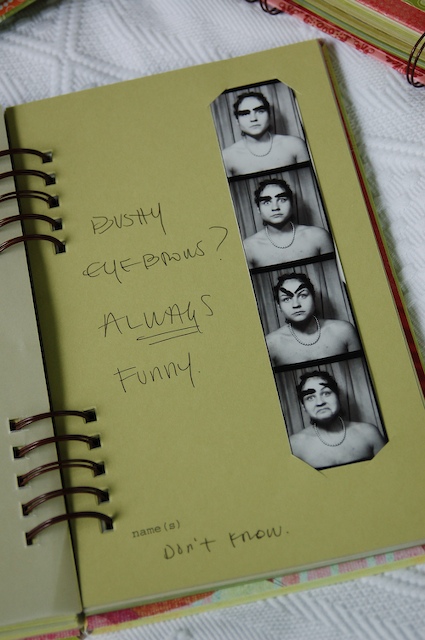 Britt LOL she is in like half the photos in the book, I love it! 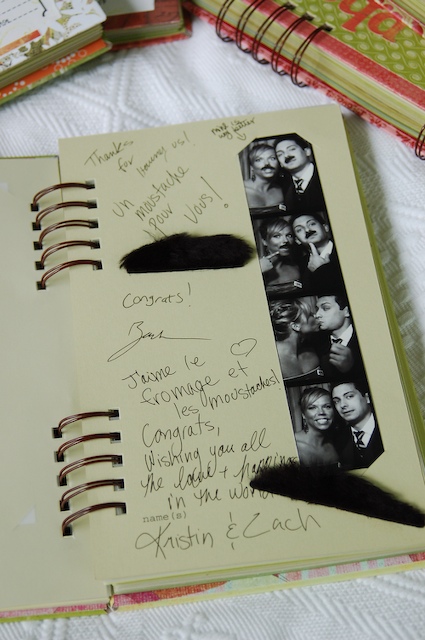 And a surprise when I got the photos: 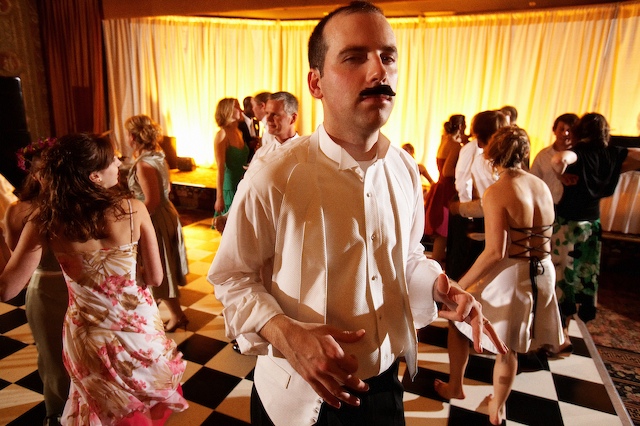 I never saw this on him! Eric really was everywhere. Hehehe.