I have been keeping a secret. A bunch of people around here knew it, but Ceara didn’t, and I don’t think I’ve kept a secret from her for this long ever. Let me give you a little back story. Way back. It’s 2003. I’m in Corvallis, I’ve got crew going on, school and thus art projects galore, and I decide that I want to do something extra cool for Ceara’s Christmas present. Extra cool, and it turns out, way over my head. I get a library book and have Ceara go through it and tell me which quilts she likes. Then I don’t tell her which one I’m going to do, but end up picking this cool star quilt in the book. I set about getting the million different shades of blue I need for it, and start cutting and piecing. And at Christmas time, I get to show her this:

Not quite the finished product I was hoping for, but I still had a week or so left of break so I got to sewing. And I had this: 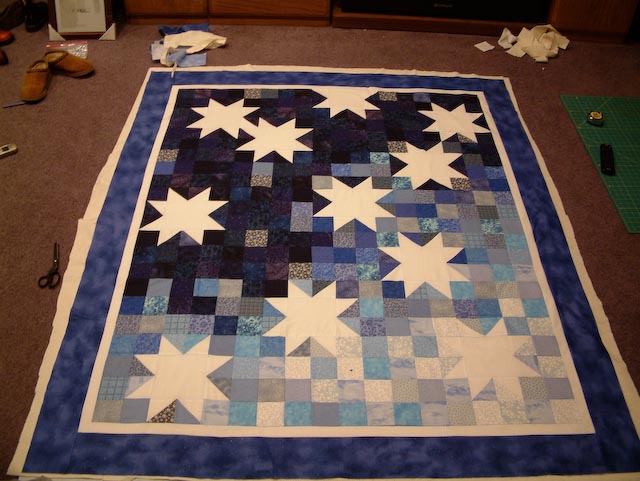 Now comes the problem. I had to actually quilt it. The book called for some insane swirls and waves, and the stars where sort of "in-lined" (like out-lined, but on the inside on the seam). I thought I should start with the stars. My mom had just gotten a cool new sewing machine, and the add-on of a table extension thing so that you can wrangle the quilt a little better. So I would roll up the quilt as tight as possible and then try to quilt the little bit I could shove under the machine. This did not work well. I could not get tension, the bobbin color kept popping up to the front. So I decided for the back I would use mono-filament thread (like really thin fishing line) and then I wouldn’t have those problems (this came back to haunt me).  This is when I started having real problems. Things snagged, lines were wonky. It was bad. So I folded it up, and put it away. And brought it out every once and a while, looked at it and thought, hey I should work on that. I moved it three times, but no go on the finishing. I kept thinking, I should finish this for ____________ (Ceara’s graduation, move, wedding, anniversary, other Christmases). But I had it so messed up I was afraid to go back to it. Finally I decided that I needed to have it professionally quilted. I spent way too much time on the piecing to just let it go. So early December I finally brought it to someone. I had to pull out all the quilting I’d done (and that clear thread stuff was a bitch).

Then there was this other problem. I had copied the pages from the library book of the quilting, so I could remember how it went. But I couldn’t find it, and so I had to go to the library and look through EVERY quilt book there. When I still couldn’t find it I got one of the librarians to make me a spread sheet of every checked out quilt book, and went hunting to see what those were like online. I had about 83 of those to go through. I finally found it though, this is the book: Quick and Easy Scrap Quilts.

Then I waited two months.

Then I hand stitched on the binding for a week. 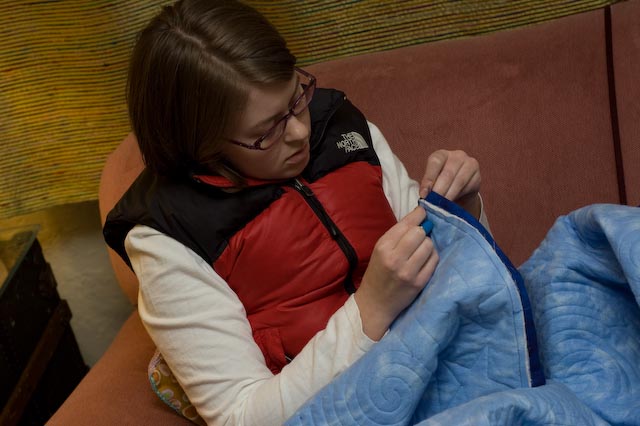 Then I sent it to Ceara. And yesterday she opened the package over iChat. I think that last time we talked about the quilt was a year ago, so ya, she was surprised. 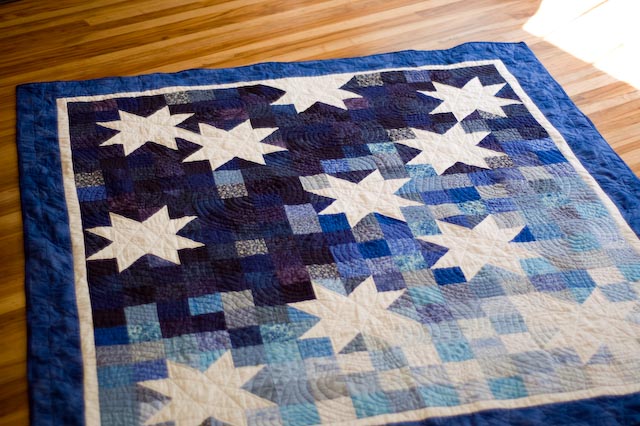 It turned out so awesome! 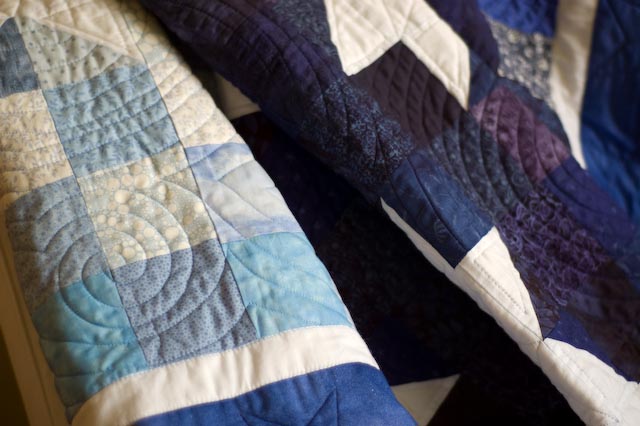 The amount of stitching can be seen in the back especially. 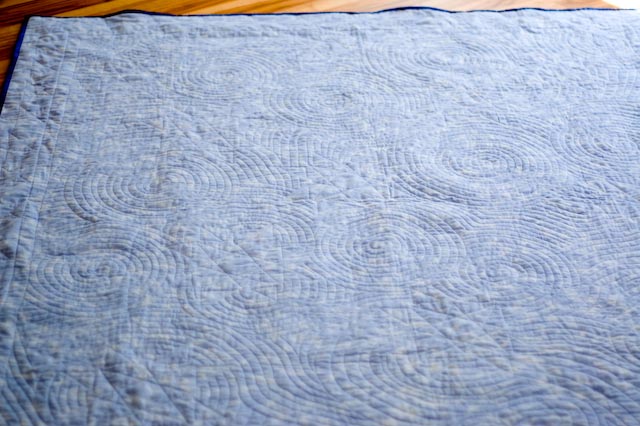 I am sold. I am having any crazy pattern like this professionally done from now on. 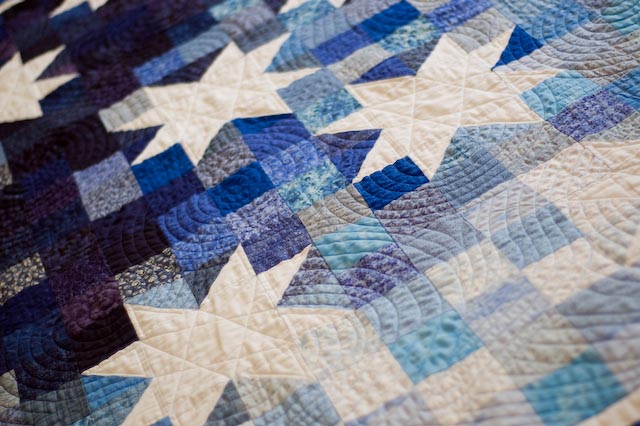