Tuesday has been getting into my mini album stash and, no surprise, she wins and the mini albums loose. I wanted to create something a little more durable and while flipping through my photo storage albums I came across the moster pictures from my shower. And made this: 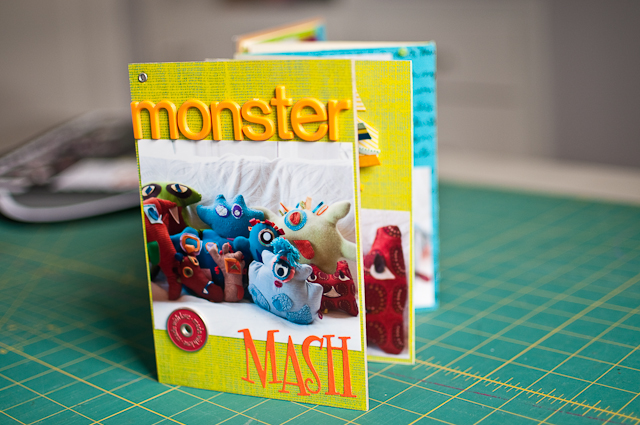 I tried to put lots of textures and things on there, but in a way that Tuesday couldn’t destroy. 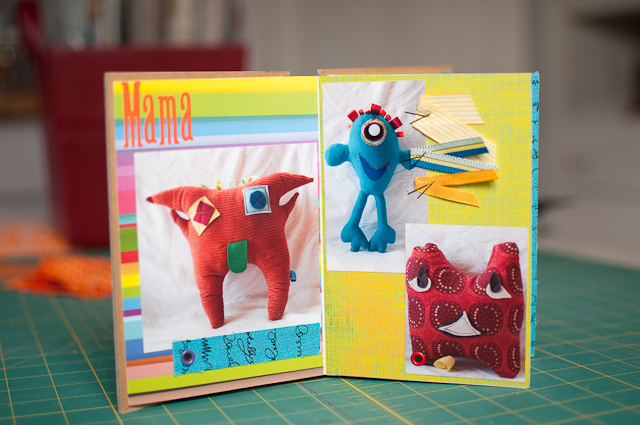 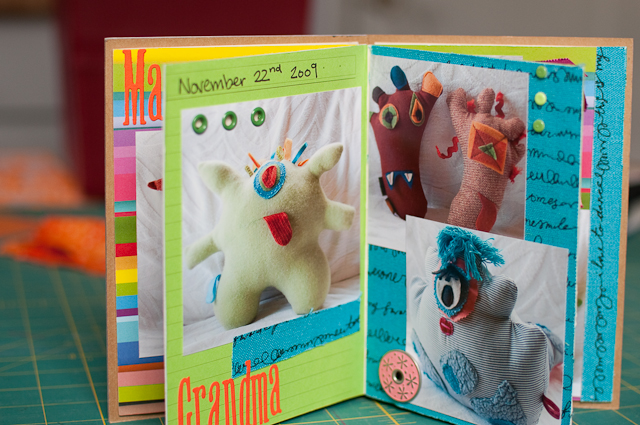 Eyelets and snaps, check! Also Bj did point out that this happened in 2008, NOT 2009. And I actually argueed with him over that… man time goes quickly! 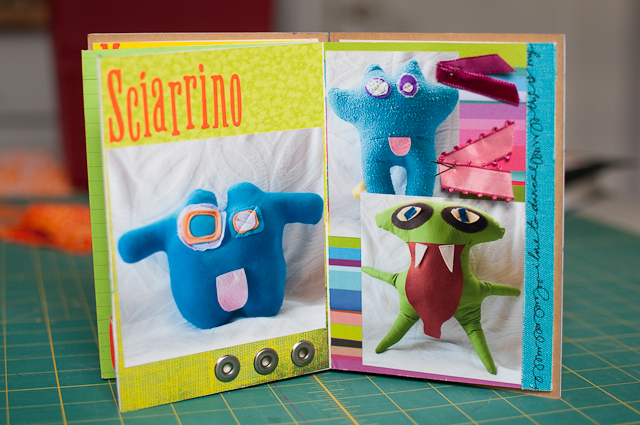 I used my Crop-a-Dile that I only had out because I was listing it on Craig’s list. I’d never used the thing (it was a gift)… then Sarah brought hers over and now I’m addicted! It’s so quite, it’s so easy. Ok, sure the reach isn’t the best, but still, fun. And I don’t even know when the last time I used an eyelet was. 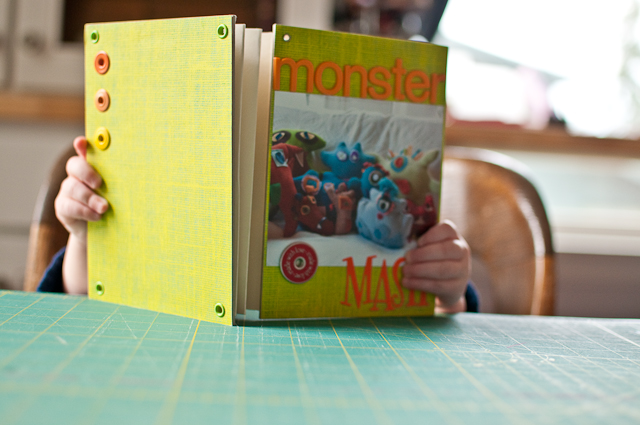 Tuesday loved it! Just kidding, I had to pose that shot. Well she did love it, but of course, this side: 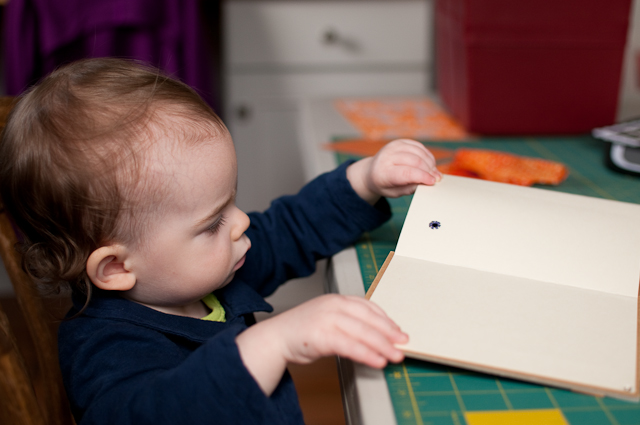 What? And of course it did not occur to me to make it double sided. I’m not giving up though I plan on doing a bunch more of these types of albums that are Tuesday friendly so she can look at photos of herself, her friend, our family, her things, as often as she wants.
I also scrapped a bunch of pre-blog photos: 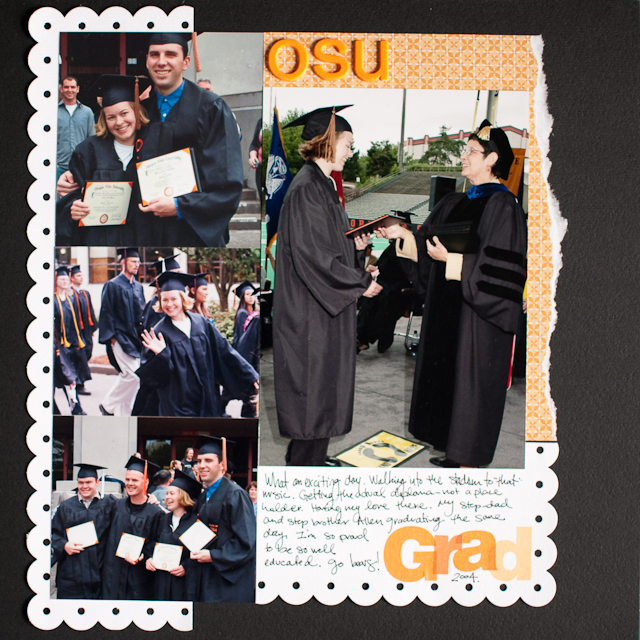 That have been sitting around bugging me for a while. I debated posting it, because it’s simple and a little boring. But I don’t post on 2 peas any more and I like having them up as a back up (nightmares about fire, etc.). Of course I don’t post all my layouts, but do you guys like looking at them on here, maybe I should switch to putting them on flickr? Thoughts?