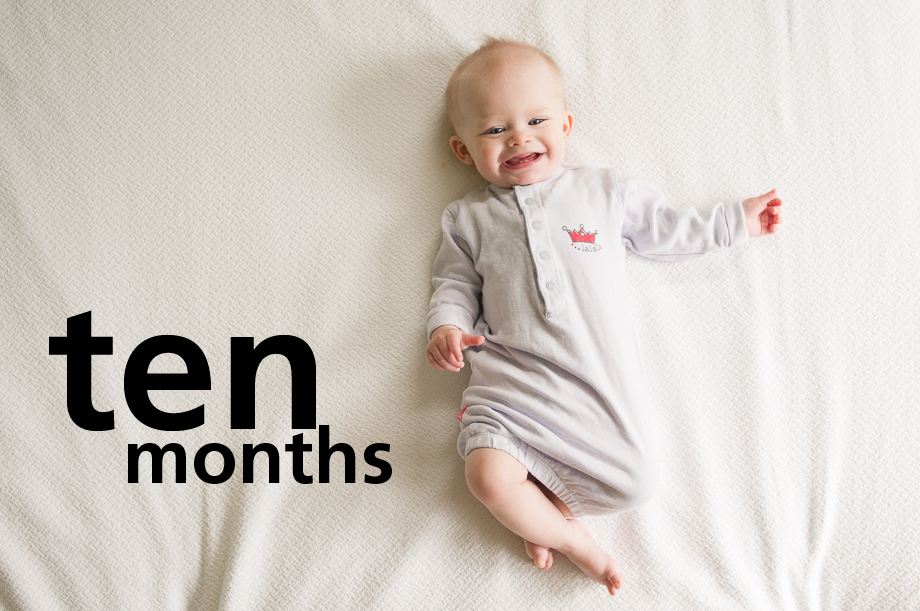 The pictures almost didn’t happen (and were three days late as it was) because Bennet has been sick! 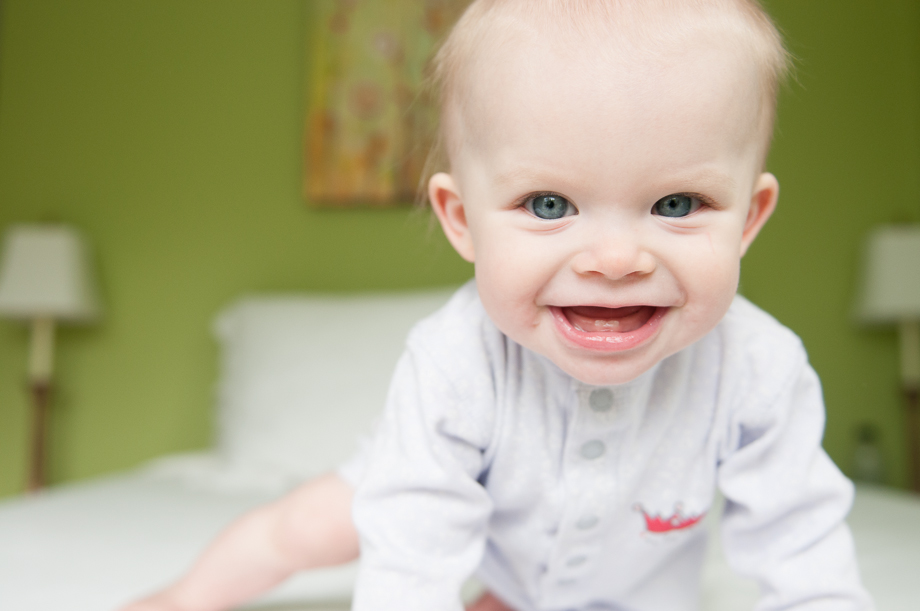 Sometimes it’s hard for an outsider to tell Bennet is not feeling well because not much gets her down (see adorable smile above). She actually had a day of no smiles, that made us all very sad. 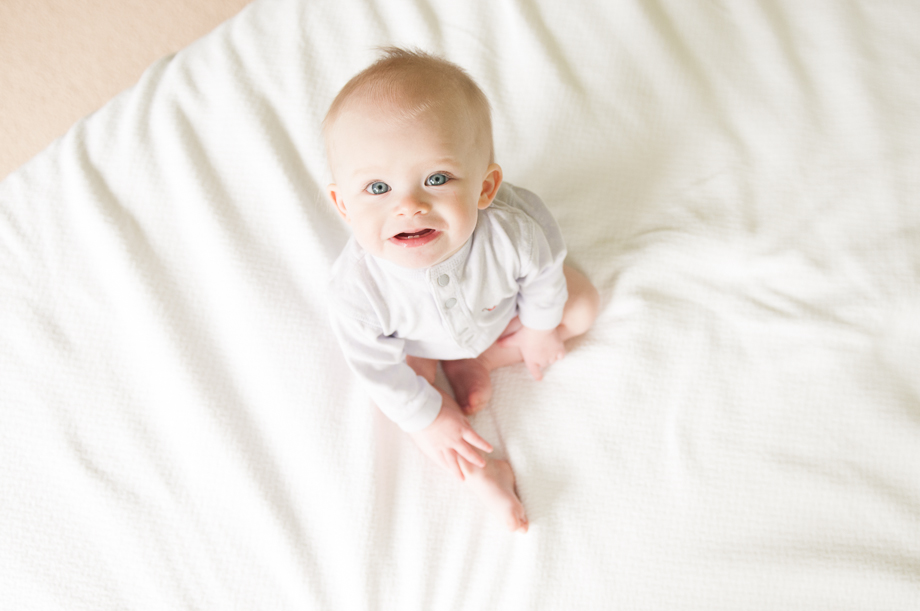 Only being able to breath out of your mouth is hard on a baby (and their parents… and sibling!). 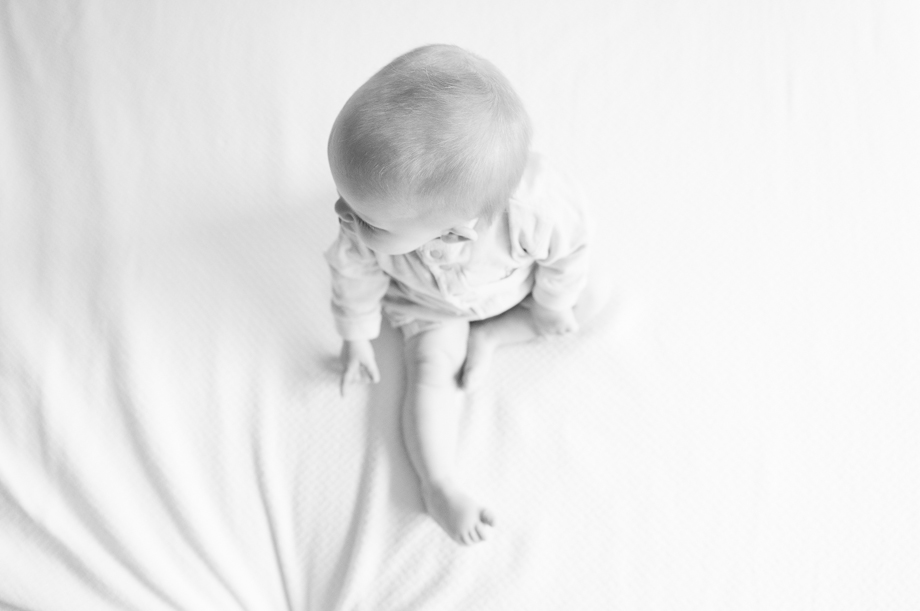 And then to go and get a temperature. Well, none of us were sleeping very well/AT ALL. Oh man on man am I tired. 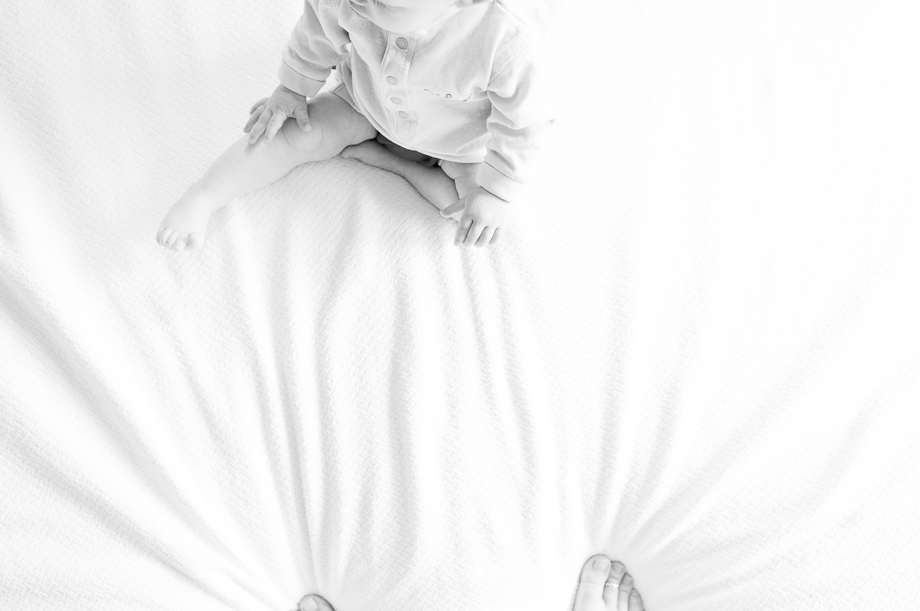 The funny thing is, I thought I was tired before! But I was wrong. Just when I thought I couldn’t get any more tired…. you got sick! Oh Bennie Boo Boo. 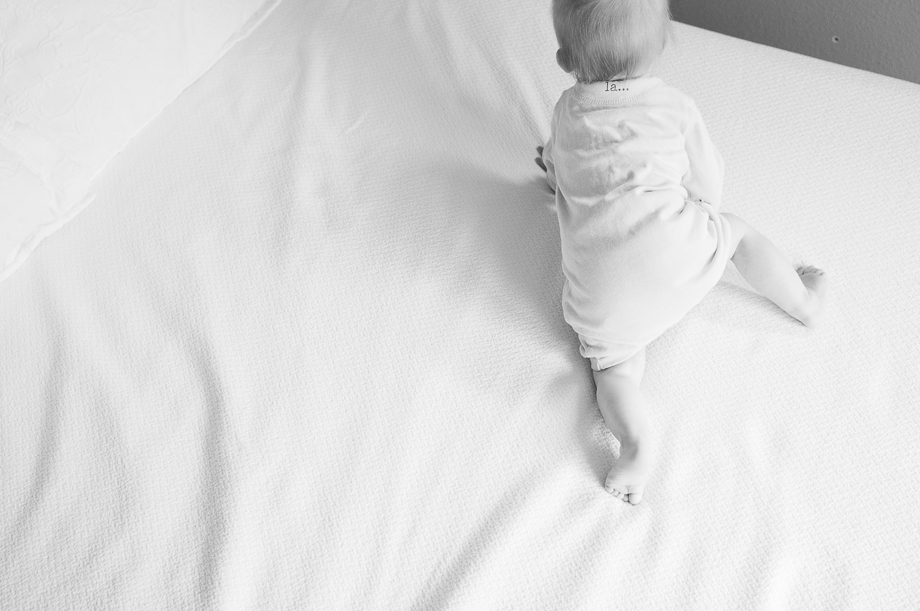 But she is definitely on the mend now. And we’re crossing our fingers we don’t spend the rest of this long weekend passing the sickness along. But back to being ten months. She’s still not walking. Of course it’s no big deal that she’s not walking at 10 months, I’m just super surprised because it seems so eminent. It might be because she started doing this extreme crawling thing, an example of which you see above – the kick out. She crawls along and then kicks one leg out to the side. I believe she thinks it gets her a little extra speed. Whatever it does it is pretty cute. She will walk along just barely holding one hand, and is so confident in herself it can sometimes lead to spills and slips.
She’s eating lots. Only fruits and veggies so far, I can’t really figure out what to give her next and she said, “NO THANKS” to rice cereal, just like Tuesday. Really I don’t blame them. And toasting and grinding rice is not so fun, so I don’t care. I’ve given her nibbles of a teething biscuit, and bites of my couscous.
I don’t feel like I have much to say besides she’s awesome. It could be because I am so tired. Maybe I’ll think of things to add in a few days. OH, at the doctors she weighed in at 14 lbs 8 ounces. She gained half a pound in a month! What?!?! The doctor was very impressed. Also impressive the urine sample she willingly gave vs. the catheter option (to check for a UTI). I was told it was a ten month old first at the office. Way to go Bennet, love to show off my kids 🙂
9 months, 8 months, 7 months, 6 months, 5 months, 4 months, 3 months, 2 months, 1 month.